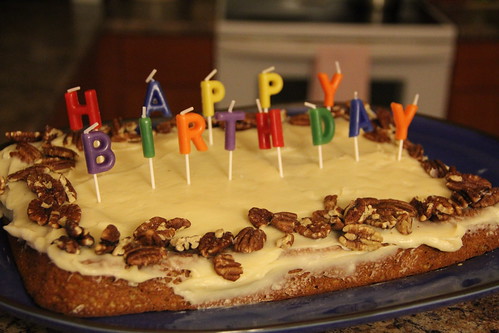 We celebrated D’s birthday this weekend with some of his high school and college friends. A few shots of, what else? The dinner party food: 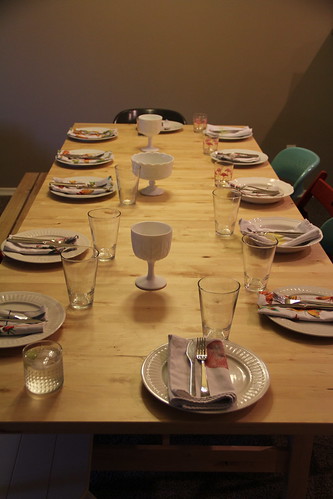 I do not have a table cloth big enough for this beast. We also did not have 12 plates. (Moving, downsizing.) Thankfully, a Goodwill trip on half-off day and $12 later, we made it work. 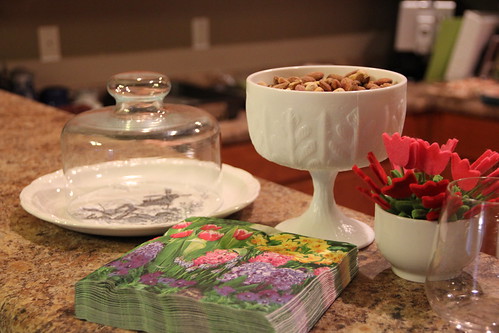 I tried to make things as Dutch as I could. The tulip napkins and felt tulips came from his last visit to Holland, and were used for the appetizers. The windmill plate was meant for cheese, which I forgot. We used it for stroopwafels instead. 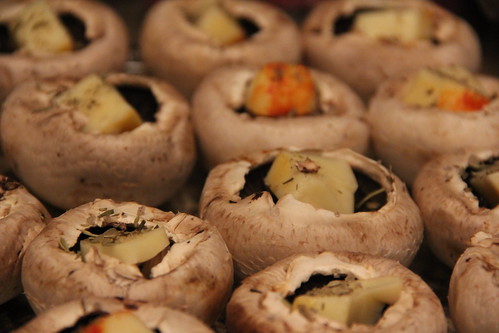 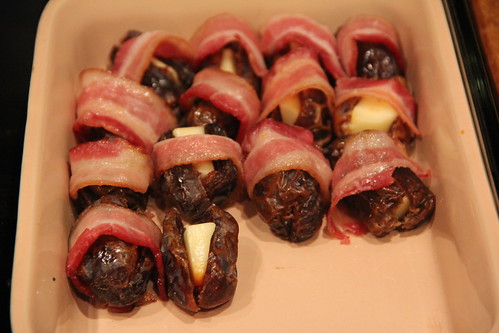 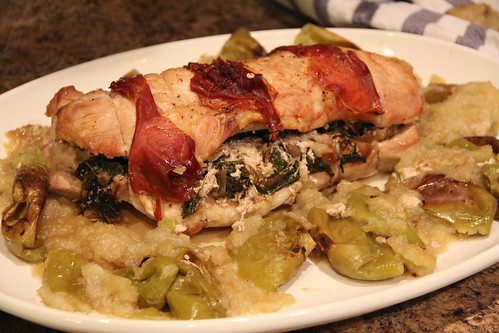 Tutorial on this beast later in the week. While it may not look super pretty in this shot, this is one of my very favorite things to cook: kale and apple stuffed pork loin, cooked on a bed of apples. 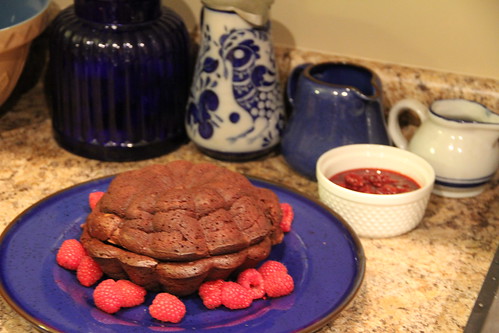 That is supposed to be a chocolate pumpkin. Sadly, like the pumpkins I’ve ever tried to grow, it came out a little floppy. Served with that raspberry sauce and vanilla ice cream, just like last weekend — there were no leftovers.

Stuffed dates, stuffed mushrooms, stuffed pork, two types of cake and two individuals who are also so stuffed*, we are changing back on the no-sugar wagon. Next stop: Healthytown. (See? Sometimes I can remember the cheese.)

*I have physically never felt worse.