I am watching my budget with more scrutiny while between jobs. I love being frugal — no surprise to friends, family or long-time readers. I am treating this time of life like a game: how rich can my life be without spending money? 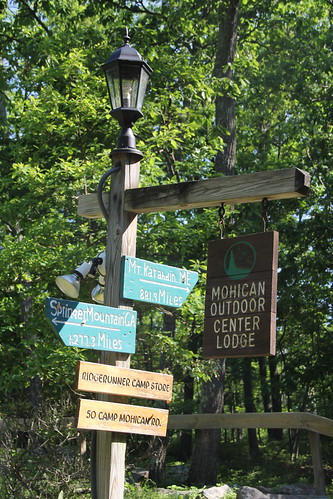 The answer — very. However, this weekend was a hilarious series of expensive missteps. With a little Internet research, I discovered the Appalachian Trail just 50 miles from our home. With a bit more digging, I found a free place to park in the Delaware Water Gap. Score! Since reading Bill Bryson, I’ve wanted to hike a bit of the AT. I’d pack a backpack, grab Nelson’s leash, and we’d made a day of it. The gas for a 100 miles is about $12 — totally manageable for a day’s adventure. (Cheaper than a movie or taking a gander through Target, by far.) 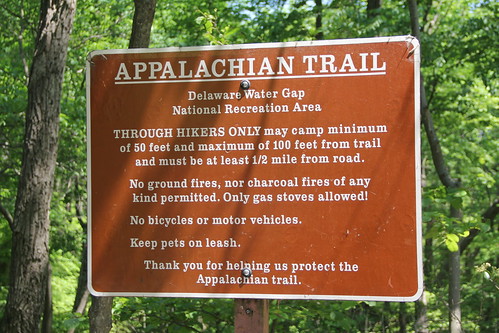 Among other aspects I didn’t consider was the humidity. The trail was wet in some places and the air was sticky. We hiked 1.5 hours along a ridge line when Nelson found some shade and curled up. We had some water and a snack and I realized we needed to turn around. 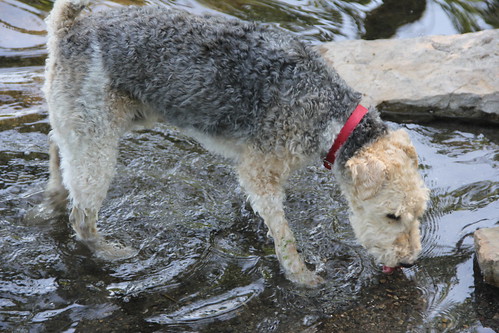 The walk was gorgeous. The cicadas are out and humming like mad. The birds were chirping. Flowers were in bloom. The smell of a New Jersey forest is entirely different than the Rockies — less pine and aspen, more birch. It was peaceful, and we only saw a few hikers who were all friendly. 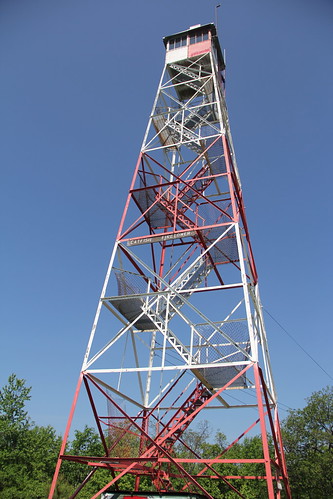 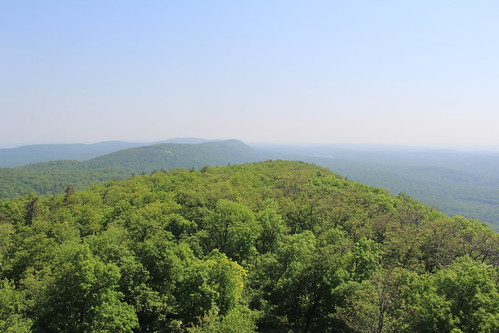 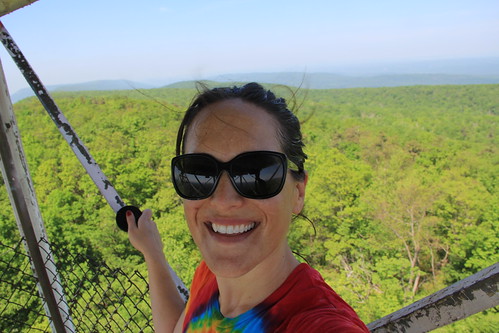 Neither of us are used to the humidity. My clothes were totally drenched by the time we made it back to the car seemingly unscathed. At some point during the drive home, I realized Nelson was acting strangely. He couldn’t get settled on the back seat and kept nipping at his sides. This wasn’t like him; after a good hike, he is quick to turn in circles three times before napping like a champ. Driving down a major highway it was hard to tell what was happening with him in the back seat … until I saw something jump off of him. 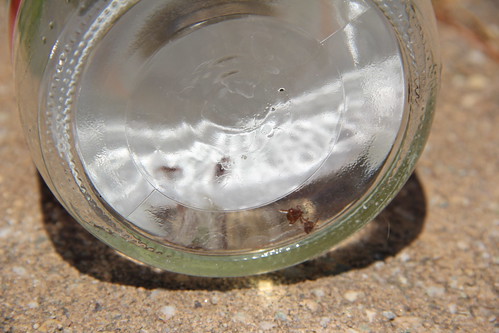 He was covered in ticks. Then I looked down at my legs, wearing 3/4 length yoga pants and realized I had several on me too. I drove home as quickly as possible, kept him in the front yard, as bringing him inside would’ve caused an infestation of the little bugs and I’d be Googling “terminix massachusetts” trying to sort it. Anyway, I went inside for his grooming scissors and proceeded to spend another hour outside slowly cutting some 200+ ticks out of his hair and carefully wiggling out those that had made it to his skin. He was in agony — both annoyed with me messing with him, and with all of these tiny creatures crawling all over him.

I, in turn, was breathing deeply and really trying not to wave my hands toward the heavens and scream obscenities. I’d seen a tick before when a found one on my stomach after hiking through rain forest in Nicaragua. But this was unreal. I couldn’t get them off of him fast enough. And as I would find them, they would bury into him, making him welp. (It didn’t help that at one point I skimmed him with the scissors.) My hands were shaking and I had sweat pouring into my face.

A trip to the pet store later, I’d cleaned the house and given him a tick/flea bath. He is already on tick medication, but there were so many — I was concerned. As I bathed him, I watched more and more dark ticks come to the surface of his blond hair. I rinsed him carefully and let him air dry on the patio. 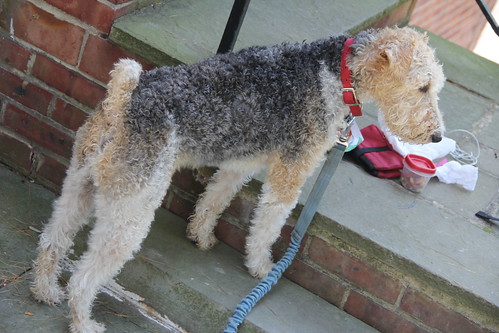 You haven’t really lived until you’ve carefully taken off all of your clothes and examined every crease and crack of your body for ticks. Even more so when you find them and try desperately to keep your cool and get them off of you. After I showered, and complained loudly to friends on Facebook about the experience, the reaction was binary:

All of my friends west of the Mississippi responded: “OH MY GOD. THAT IS THE WORST EVER.”

Eastern friends, by contrast: “Meh, ticks. That’s life out east. Welcome!” Several emailed me their strategies for hiking with their dogs when they know ticks are present and how to guard yourself. I wish I’d known before starting this adventure.

Last night, I flipped him on his back and carefully went through each of his toes. I found another 15, happily sucking away at him. He seemed to sigh with relief when I finally let him rest.

This morning while getting ready for church, I found a rather full little sucker stuck to my scalp. Lyme disease was recorded in 3800 people in the state of New Jersey last year; God knows how many dogs are hobbling around with the painful chronic illness because they weren’t treated. It is a bacterial infection that if it isn’t treated quickly, can become a life-long, crippling disease.

I’m starting a round of antibiotics this afternoon; I wasn’t going to bother until a friend in Maryland called this morning to say she has several friends with Lyme and it isn’t something to mess around with. Thankfully, a friend of ours was able to call in a prescription. Nelson goes to the vet tomorrow.

The morale to this story? When it doubt, just go to Target.