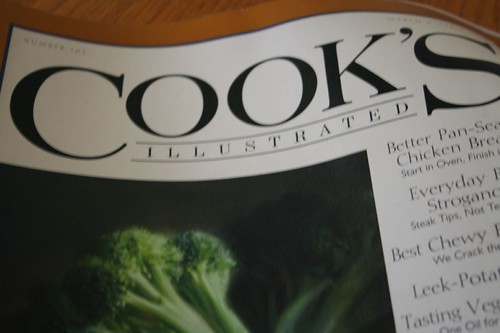 The latest issue of Cook’s Illustrated featured a three-page spread on the author’s love of chewy brownies. She admitted boxed mix brownies are chewy and delicious and she didn’t see the point in making them from scratch. But, this being Cook’s Illustrated, getting it just right with your own ingredients was a challenge she couldn’t overlook. 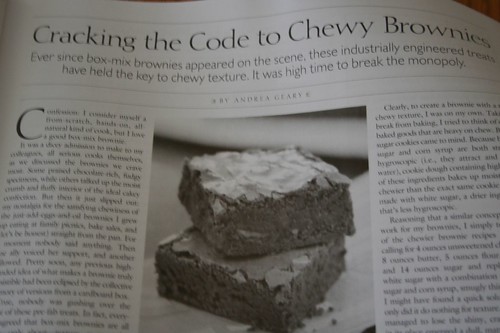 With a weekend dance card full, I knew a brownie challenge was in order. I bought 2 boxed mixes – Ghirardelli is my favorite and made them exactly as the box says. (I am not always one to follow directions, but this time I put on my best scientist hat and tried to minimize my own touches.) Then I made two batches of the recipe listed – “Cracking the Code to Chewy Brownies.”

In a nudge to get more people to appreciate this magazine, I am intentionally NOT listing the recipe. If you love to cook and you aren’t reading CI, you should be. And if you want desperately to make these brownies, find this one issue. March/April 2010. Again, it will be worth your couple of dollars. 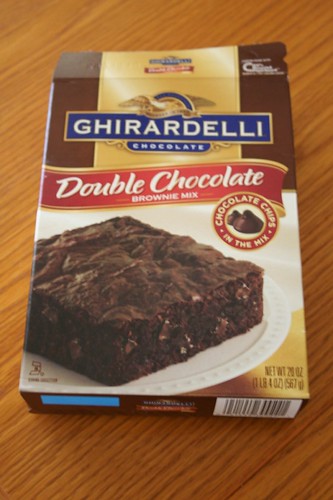 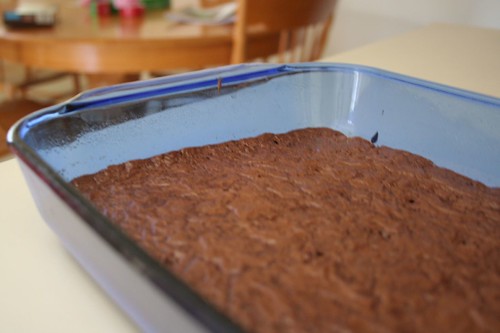 Matty, freshly home from Africa, helped me wrap up each set. Red were out of the box. Pink were homemade. I put them in gift bags with a few other goodies and over the weekend began receiving returned surveys. Which did they like more? Why? I had about 20 people play and 10 or so provided feedback more than the crumbly, “Brownies?! YUM!”

(Always appreciated, but not exactly helpful for this project.) 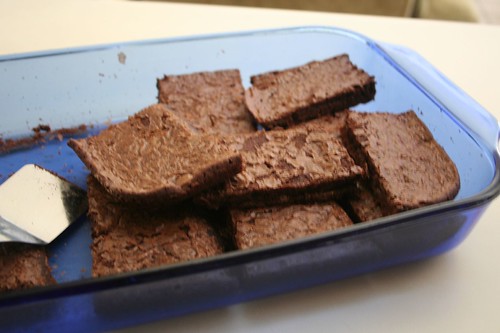 For the most part, it was a 50/50 split in who liked homemade vs. boxed. There was one significant problem in my experiment — I accidentally added too much salt to the homemade version. Some folks liked this, others thought it was gross.

I like the fact the $2 box mix is cost effective and takes 45 minutes total. I also like the cakey, beautiful shine and robust flavor to the homemade brownies, although they cost $6 a pan or so. For special occasions, I’ll stick with homemade. For the bulk of baking brownies, I remain a fan of the exceptional Ghirardelli box mix.

24 Replies to “Brownies: Boxed vs. Scratch”