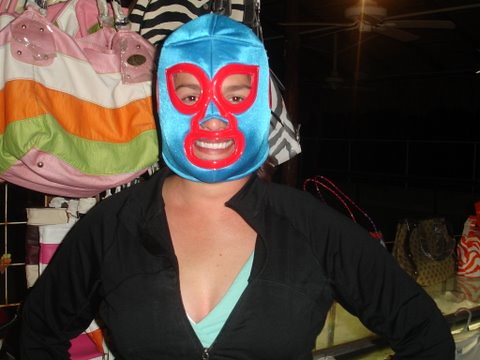 T asked me to have lunch with him the next week. It was a Monday and he was doing that “I might have something better” type of communication via text that makes me bubble with anger. Either make plans, or don’t. But stringing someone along until the last moment to see what your other options are is rude in every case.

I needed to eat regardless and figured if he didn’t show, I’d sit outside, enjoy the weather and read a book. It wouldn’t be the first lunch I’d spent holding a fork with one hand and a paperback with the other. T did show, late, and when he sat down it looked like he’d been in a boxing match. All of the small veins on his cheeks were purple and broken.

“Uh, what happened to you?”

I got a sick feeling in my stomach, and was thankful it was daylight and we were in public. “Why? Because your face is bruised and you look like you’ve been mugged.”

“Oh, that. I didn’t realize it was so noticeable, I guess.” He shrugged. “I was in Mexico this weekend. It was a rough weekend. You know how Mexico goes…”

Yes, I do remember Mexico, from early college years. Not from my mid-40s. I stared and him, waiting for more of a story. There would eventually be a long tale about mouthing off to the wrong police officer, having to pay a bribe and having his wallet stolen.

Obviously, this was the man of my dreams.

It was also apparent that he could not sit still. He was twitchy and nervous and nothing like the man I remembered dancing with. It was more than a bad weekend; I suspected he had, let’s say, a chemical dependence. An illegal one.

I cut lunch short and went back to my desk chalking the date up to yet another odd story. If nothing else, T made me feel good in a blue moment the first time we met. That was enough. My sails were full and I knew I did not want to see him again. As dating goes, as soon as I made this (wise) decision, he wouldn’t relent. He called asking me to see him again. Finally, I agreed to have him over to a brunch at my house — 100% sure he would not show up. I told him it would be a group of my friends, we were potluck brunching, he could come and to bring something to share.

He didn’t show up, but guess who did?

His head poked over the patio wall about an hour after we’d started eating. We were giggling and enjoying the warm spring sun on our legs when I heard a voice.

And there was the man who’d spent the evening talking to Meghann. Jason and the bright blue eyes.

We greeted awkwardly. I had not invited him, there was no sign of T, and I had zero interest in explaining what was happening to my guests. He smiled, grabbed a plate of food and sat down next to me. For the next three hours, the conversation and laughter continued. Eventually my guests started saying their goodbyes as we were in the kitchen washing dishes. Jason said his goodbyes too and we shook hands.

My friends Mike and Samantha were helping put food away. As soon as Jason was out of the house, Mike turned to me:

“What the hell is going on here? Why did that rando show up for brunch when he obviously doesn’t know you? Are you giving out your address to strangers?”

I sighed. And as I started to explain, Jason walked back into the house.

“I know it was T who was supposed to show and he didn’t, but I would never forgive myself if I didn’t get your number. Can I have your number?”

Mike and Sam both stood with their hands on their hips, staring with open jaws.

This was weird, for sure. But weirder than the previous 13 chapters? I was doubtful.