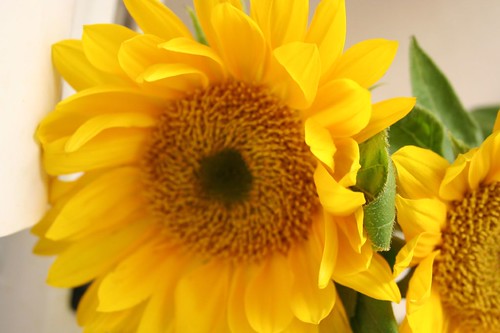 I’m saddened today by the murder of Benazir Bhutto. I’ll be the first to tell you I know nothing of Pakistani politics or the influence of her presence. I am fairly certain, however, that strong female leadership in Muslim countries is scarce and her death is a true loss. {Who are we kidding? Strong female leadership is ridiculously scarce internationally regardless of the religious majority.}
I’ve looked at the photos of those mourning and I did wonder — would I take to the streets to mourn an American leader? Would I pull my hair out and beat my chest if someone killed my candidate? I know reactions vary geographically to such violence, but I’m not sure an assassination would result in much more from me than a sincere cry and angry blog post.
A friend emailed the following in regard to Bhutto’s murder. The sentiment is beautiful and I’m thankful that I’m still naive enough to hope her death will encourage positive change.

And may God bless you with enough foolishness
To believe that you can make a difference in the world,
So that you can do what others claim cannot be done
To bring justice and kindness to all our children and the poor. Amen.