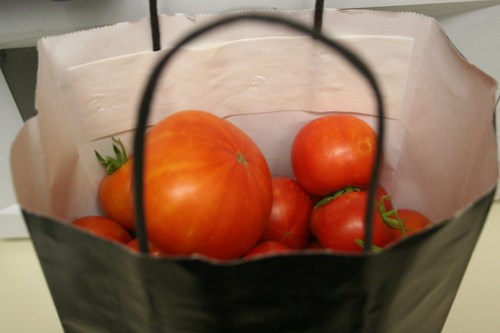 Come to find out, I didn’t have nearly as many tomatoes for a canning day as I had planned. Also? I didn’t have any more canning jars or the energy to start an extensive project. I was sidelined late last week with an inner ear infection that was by far the most painful experience I’ve had in a very long time. So, instead of laboring in a hot kitchen this weekend, I used my tomatoes for a much quicker project and used my time curled up on the couch with Netflix and a certain furry friend. 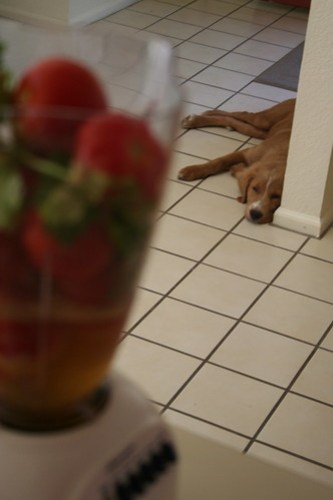 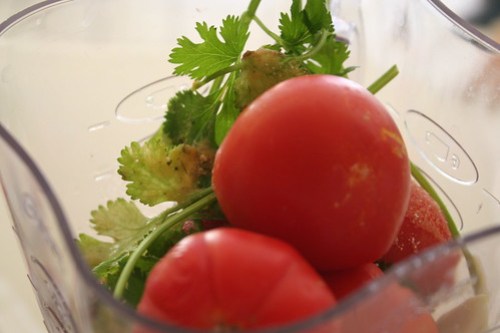 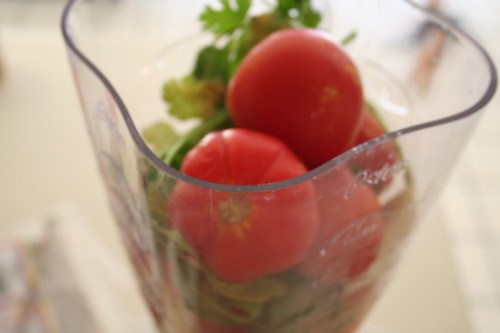 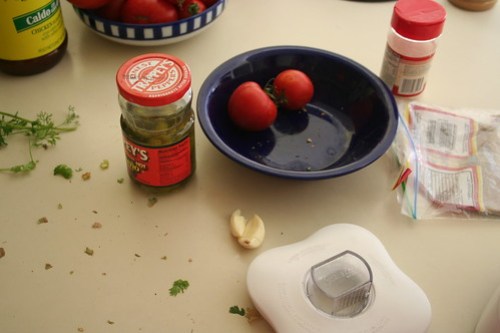 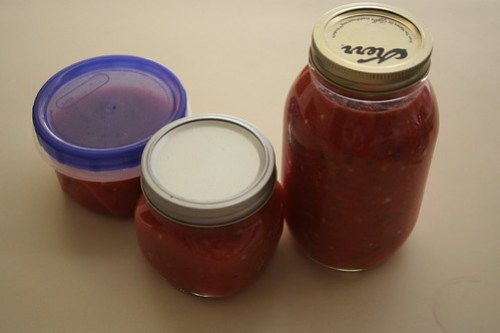 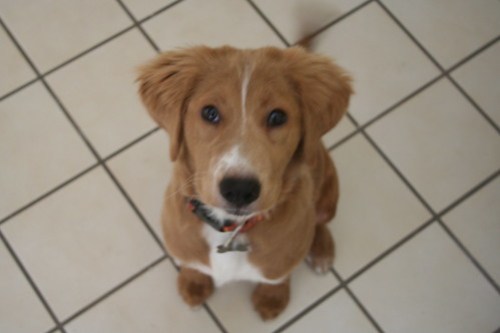 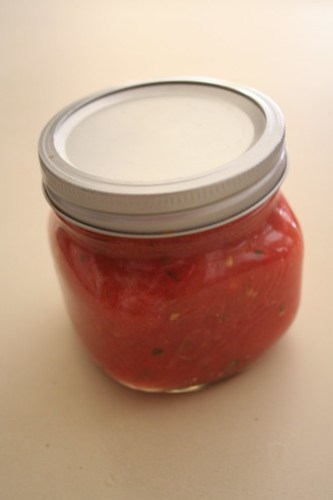 Kili (Kilimanjaro) is just about the sweetest dog you can imagine. We spent most of the weekend together while her parents were away. She did not like the sound of the blender, but did enjoy the copious amounts of cuddle and snuggle time afterward.

As for the salsa? It was fresh, easy and I threw in whatever I could find, including those tomatoes and some cilantro from the garden. I’ve decided life is just better with copious amounts of home grown condiments and boisterous puppies. And antibiotics. And Advil. And Diet Coke.