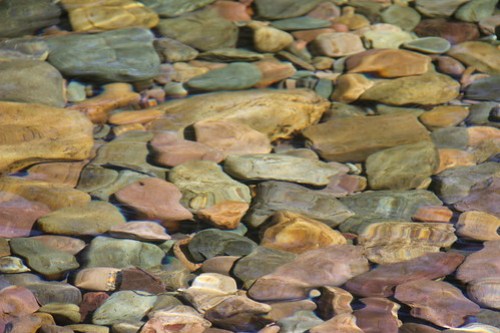 A friend called the other day to share a story about her teenage daughter and a group of mean girls. They were calling names, isolating, and otherwise being unkind — the trifecta of a teenage bully clique. I have yet to live a time of life more frustrating than those early teenage years. Everything seems like an injustice, you want nothing more than to be accepted (and popular), and your maddening hormones are in control.

I have a new theory for why we behave the way we do: each time we are treated unjustly or unkindly, a pebble forms in our gut. Those pebbles may turn into boulders if the injustice is appropriately sized — molestation, abuse, neglect. Or, the stones of many less significant unkindnesses may gather together — avalanching collectively later when another small jab cannot be added to the pile.

I had an interaction with a neighbor a few months back that left me upset. Nelson and I were outside on the patio, and the gate was cracked. He was resting at my feet when he heard other dogs in the courtyard. Before I could grab him, he quickly escaped and tried to join the dogs — which were on a leash and barely being controlled by a woman whose face was purple with rage. Within the next few minutes, I was upbraided for being a bad dog owner. She had a lot to say, and I stood there with my cheeks burning, muttering a few ugly things back her way. I returned Nelson to the patio, secured the lock and went to her doorstep to try to explain.

I said clearly, “You are my neighbor. I don’t want things to be like this. Please accept my apology. I’m sorry my dog was off leash.”

For the next two months, I made a point of waving at her like a maniac and making sure she knew I wanted to say hello. She never responded and walked with her head down any time our paths crossed. I smirked, my pettiness bubbling to the surface. 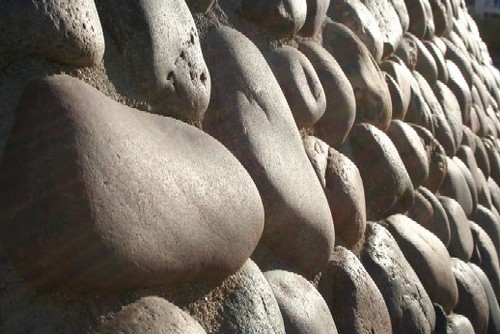 A few weeks later, police detectives filled the parking lot and banged at her door. Neighbors, myself included, peeked through windows to see what commotion was happening in our otherwise quiet community. A few hours later, she had a rented moving van and was hauling as much of her stuff away as possible, leaving a trail of trash behind her. The orange sticker went up on her window soon after: EVICTED.

I never saw her or the dogs again. The home remained vacant until I moved a few weeks ago.

Another neighbor mentioned the woman had long suffered to care for her adult daughter and grandchildren. Her daughter was ill and was in and out of mental health treatment. The kids came and went on occasion, but the daughter and her kids were removed from the home by police at some point too.

The stones of pain and disappointment in this woman’s stomach always rumble. Her grief and her unhappiness is unlike anything I’ve experienced. I am not giving a pass to people who are unkind — those who flip you off in traffic, for example — but do think they are carrying around more sadness than I am.

There will always be difficult, angry and sad people — but the way we respond to them shows our emotional depth. We treat people the way we’ve been treated, until something inside us recognizes we have to do better. We have to treat others the way we want to be treated.

The answer to those pebbles, stones and boulders are justice, love and kindness.

5 Replies to “Stones We All Carry”