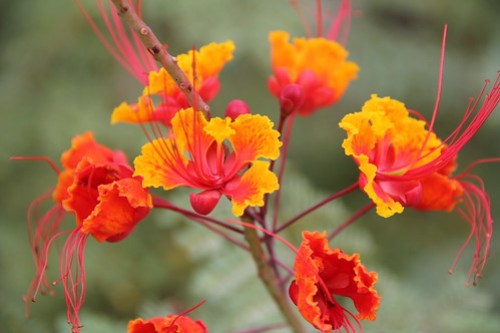 This weekend I attended a women’s retreat in the woods of northern Arizona. (I have several posts in mind after participating in the intensely emotional getaway.) One of the greatest gems I took away from the weekend was hearing a woman describe her struggle to daily pour love unconditionally into her family — and how she knew she was called to do so anyway.

This has been my unexpected struggle. Let’s have a real, honest talk about being a parent. Whether you birthed, adopted — or in my case, inherited your kid(s) through a relationship — being a parent is every stupid Hallmark cliche. It is the most rewarding job. It is the most thankless job. It is hard. It is sweet. It is agonizing. And you really do feel like your heart is living outside of your body when you watch a 16 year old drive away for the first time and you can’t catch your breath.

(Or I was just having a panic attack. Either way, I still say countless prayers that kid is safe, and everyone else around him is safe, and they are all wearing seat belts and no one is texting or distracting the driver and on, and on, and on.)

Being a “step” parent has not come naturally. Actually, it has been a really difficult. I came into these kids’ lives in their early teens, when our brains return to the selfishness of toddlers, only now demanding spending money and independence, not bedtime stories and candy.

We’re all in this for the long ride of being a modern family — where at events we sit with their mom, her husband, their step-brother and collectively work to entertain his two-year-old adorable daughter. I love these two kids, and yet I’m hesitant to call them mine. This weekend, I was asked 100 times by other women, “Do you have kids?” Sometimes I said, “Yep. Two teenage step-kids.” And other times I stumbled along with “Uh, I’m helping my boyfriend raise his teenagers.” Or “My boyfriend has kids.” I want to claim them. I want to tell everyone who asks that yes, these kids are mine. I do their laundry and pack their lunches and cheer for them at soccer. I tutor in Spanish and bake their birthday cakes and know their favorite bands and how to make small talk about Nickelodeon programs and Disney stars. I know they love Bernie Sanders, so I pay attention to his speeches.

What I don’t want to do is have their mom somehow overhear me calling these kids my kids. That’s what stops me. She birthed them. She is co-parenting them. She is a good mom and I don’t want to step on her toes. I feel like an interloper claiming territory that isn’t rightfully mine.

And when they are in the throws of being teenagers — it is “stupid” to make a bed, and “stupid” to be on time and “stupid” to practice piano — I want to put on my running shoes, grab my dog and walk away as quickly as possible before muttering how they aren’t mine. They are both wholly lovable and entirely annoying on any given day — which I’m fairly certain is the definition of “teenager.”

In those moments of sheer frustration when I know they would be listening to me if I was their mom, anger takes over my control panel and my emotions boil over in hurry. And in those sweet times when they give me a hug unexpectedly or want to spend time together, joy rules. I beam and nearly fall over from patting myself on the back and how well I got this.

It is a parenting roller coaster. It can be scary and make me scream and my stomach hurt, and I just want to be let off the ride. And it can also be the most thrilling, awe-inducing, joyous ticket in town — which, I am now fairly certain is the definition of “parenting.”